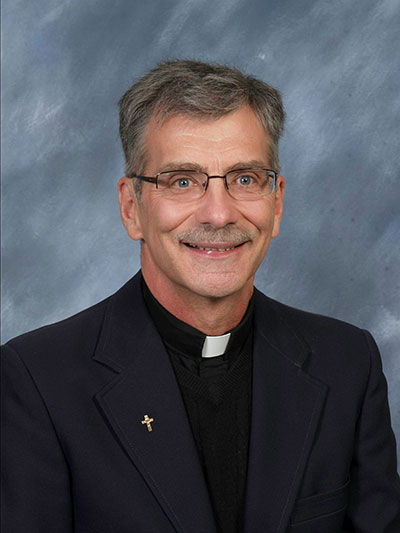 Marv Levy, former coach of the Buffalo Bills would say, “Where would you rather be then right here and right now?” Timing and location are important. St. Matthew tells us that when Jesus learns that John the Baptist has been arrested, Jesus returns to his home at Nazareth in Galilee and then goes to live at Capernaum on the Sea of Galilee. Knowing the voice of the prophet has been silenced and the fate that awaits John the Baptist in prison, Jesus seizes the moment to speak out and proclaim, “Repent, for the Kingdom of Heaven is at hand.”

Why does Jesus leave his home in Nazareth and reside in Capernaum? Capernaum is a fishing village or town on the Sea of Galilee, and it is located on a road, the “Way of the Sea” that leads from Damascus, Syria through Galilee right down to Egypt and to Africa. It is a trade route. People say, “Galilee is on the way to everywhere.” For an itinerant preacher, Capernaum is an ideal location. Also the Jewish residents in Galilee are in close proximity to Gentiles. Jesus has a ready and receptive audience for his preaching and teaching.

Jesus begins his preaching in the synagogue at Capernaum. The service is like our Liturgy of the Word: welcome, opening prayer, readings of the Torah and Prophets, and then a reflection. The leader of the synagogue would invite someone to speak, or a member of the assembly would step forward to address the congregation. We know in the Gospel according to St. Luke, Jesus stands up, a scroll of the Prophet Isaiah is handed to him, he reads some verses, then he sits down and gives a one-line homily. “Today this scripture is fulfilled in your hearing.”

But Jesus does more than preach at Capernaum. Walking by the Sea, Jesus sees two brothers, Simon and Andrew, casting a net. They are fishermen. Jesus says, “Come after me, and I will make you fishers of men.” At once they leave their nets behind and follow Jesus. Walking on Jesus see James and John in a boat with their father Zebedee mending their nets. Jesus calls them. They leave their boat and father behind and go off with Jesus.

We should not assume the dramatic callings of Simon Peter & Andrew and James & John are their first encounters with Jesus. In the Gospel according to St. Luke, there is a prior meeting when Simon & Andrew and James & John are partners together and, at the direction of Jesus, they lower their nets for a great catch of fish. In the Gospel according to John, Andrew and perhaps John (the brother of James) have an earlier contact with Jesus at the Jordan River in Judaea. But whatever their earlier association with Jesus, when Jesus personally invites them to be disciples, they follow him! With Jesus, they go about Galilee, “teaching in their synagogues, proclaiming the gospel of the kingdom, and curing every disease and illness among the people.” Disciples are students. They are attentive listeners to the words of Jesus and keen observers of his healing actions.

I wonder how many folks at Mass today have a sense of being personally called by Jesus to follow him? Indeed, we have been called by Jesus at our baptism. Like Simon Peter & Andrew and James & John we respond to that calling by gradually getting to know Jesus better and by emulating his way of life. Today, at the instigation of Pope Francis, is Sunday of the Word of God. The Pope is reminding Catholics how important Sacred Scripture is for getting to know Jesus and responding to his call. Saint Jerome translated the Bible from the Hebrew and Greek into Latin so people could hear and understand the Word. St. Jerome put it succinctly, “Ignorance of Scripture is ignorance of Christ.” I pray that God will send the Holy Spirit to nurture in us a desire to be nourished and transformed by the Word.

During a highly anticipated event, before a vast stadium, TV and radio audience, the precious life of one player overshadows the relative importance of a football game. In the Buffalo News, Adam Zyglis captures the significance of the moment in his cartoon on the Opinion Page. He draws two superstar quarterbacks, Joe Burrow and Josh Allen, both wearing the # 3 on their uni...

In our first reading, verses from the Book of Numbers, the Lord directs Moses on how the priest Aaron should bless the Israelites using the name of God. “The Lord bless you and keep you! The Lord let his face shine upon you and be gracious to you! The Lord look upon you kindly and give you peace.” I use this blessing frequently on multiple different occasions. The thre...

A pastor/preacher like me may add some stress on him or herself by endeavoring to have a super sermon or homily on Christmas to captivate his listeners so the congregation will leave uplifted and spiritually nourished. What I have discovered is humbling. It is not what I say that is so important but what has already been said by God. “In the beginning was the Word, and t...

Back in 1970 I first heard about people going for confession to a Franciscan Friar in Southern Italy. It seemed he had the ability of “reading hearts,” that is, intuitively knowing if penitents were hiding something or holding back in their confession. My immediate reaction was, “I am not sure I would want to get in line for confession to this priest.” He had extra... READ MORE

1st Sunday of Advent A

Deb Keenan, our Pastoral Associate for Ministry, did some early shopping and ordered the gifts we hand out at Christmas: two books from Dynamic Catholic and popular author Matthew Kelly: “The Wisdom of the Saints, 365 Days of Inspiration” and “Holy Moments.” Matthew Kelly describes a Holy Moment as “a single moment in which you open yourself to God. You make your... READ MORE

Our Lord Jesus Christ - King of the Universe

Is Jesus a king? It depends on your point of view. The indictment or charge fixed over his head reads, “This is the King of the Jews.” It sounds like a question, “This is the King of the Jews?” To the Romans authorities like Pontius Pilate, Jesus doesn’t appear to be much of a threat to the Emperor in Rome. Soldiers pick up the parody, by taunting Jesus, “If yo... READ MORE

Something surprising happend on Election Tuesday. Not the tabulation of votes in the evening. In the early morning at 5 AM --  a total eclipse of the moon. Wow! In the ancient world viewing such an eclipse of the moon would cause a great deal of wonder and speculation on what this rare happening in the dawn sky could mean or foretell on earth. In our Gospel today some... READ MORE

In the Lives of the Saints, we have two examples of saints having a conversation about heaven: St. Monica and St. Augustine (mother and son) and St. Scholastica and St. Benedict (sister and brother). Speculating about “life after life” is not something we ordinarily do even though resurrection and eternal life are fundamental beliefs that we hold as Catholics. In t... READ MORE